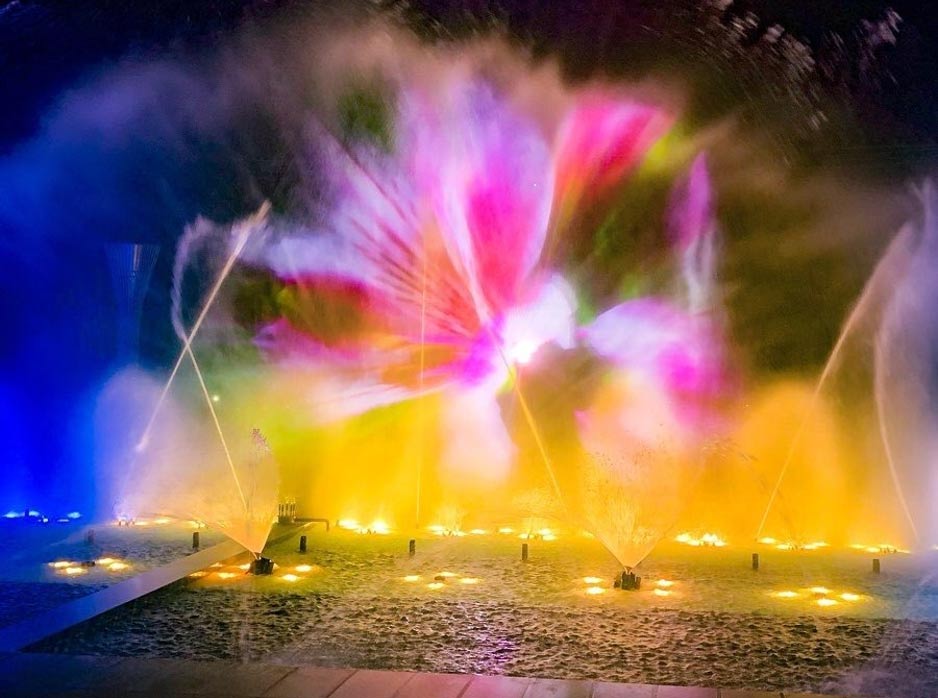 In this article, we have rounded up the most fascinating travel experiences and stories around the world.

The world’s most expensive dessert

The world’s most expensive dessert is served at The Fortress Resort & Spain Sri Lanka. The desert, named “The Fortress Stilt Fisherman Indulgence”, is priced at $14,500. Ornamented with an 80-carat aquamarine precious stone and a sophisticated carving, made of chocolate and representing an old-time regional fishing technique with a fisherman clinging to a stilt, the delicacy is composed of pomegranate, compote, mango, Champagne sabayon, Irish cream, and gold leaf Italian cassata.

The staff interviews at the Four Seasons Hotels & Resorts

Once at a Four Seasons hotel, the GM of the hotel interviewed a dishwasher at the last stage of the hiring process. A tactic that illustrates not only how important the dishwasher’s job is but how important he is too.

The music fountain of the Pomegranate Wellness Spa Hotel

The music fountain of the Pomegranate Wellness Spa Hotel offers the opportunity for a personalized song written solely for your bespoke private event (birthday, wedding, engagement, etc.); an aquatic choreography, a European innovation- signature software & hardware patented technology- with the capacity of video projection on the water and enriched with 3D patterns, holograms as well as a mesmerizing laser show.

The Pomegranate Water Fountain is the result of an amalgamation of the three most renowned technology behemoths pertinent to water, art, laser, and projection: the Spanish company GHESA, the German company for Laser show LPS as well as BARCO brand, supplier of the projector display on the water.

With the combination of the three of them, our IT team developed a signature software & hardware, a one-of-a-kind patented technology.

The customization opportunities of this (Birthday song with personal photos, individual water choreography with the song of your predilection, wedding song that serenades you on one of the most important days in your life, etc.) make every guest feel he is the only one in the hotel; unique and well cared.

The performance starts and your loved one does not know that in a couple of minutes will watch on the screen his face along with yours. This “wow” story is oftentimes complemented with drone videography that captures 4K and 360° your very special personalized event or even with a birthday cake, fireworks on the beach and balloons that people hold in their hands and unleash at the moment when your song starts playing.

The realm of surprise is enhanced even more with the synchronization of the music which combines precisely and spatiotemporally each water burst with the musical note; an aquatic choreography articulated in a magnificent spectacle infused with state-of-the-art technology.

A grandfather’s wife made a desperate call to Southwest Airlines to organize a last-minute flight ticket, describing a crisis circumstance:

A grandfather urgently needed to fly from a corporate trip in Los Angeles to his daughter’s home in Denver to live the very last moments with a person he loved: his three-year-old grandson who was in a coma after having been beaten to death by his mother’s boyfriend. The little boy would be taken off life support at 9 p.m. that night, donating his organs to save over 25 lives. A big delay on the road and airport made the man almost miss the flight scheduled at 11: 50. At 12:02, 12 minutes after the supposed departure flight time, the pilot, having held the plane, welcomed the grandfather to the waiting plane: “Are you, Mark? We held the plane for you and we’re so sorry about the loss of your grandson.” Mark, walking down the jetway with the pilot, told him: “I can’t thank you enough for this” to receive once more his generous response: “They can’t go anywhere without me, and I wasn’t going anywhere without you. Now relax. We’ll get you there. And again, I’m so sorry.”

Despite not deriving from the exact hospitality industry, but from its cognate airline business, this heart-wrenching story is evincible of how companies opt for going above and beyond to personally respond to a valued customer with an experience that marks his life. The pilot of the story deviated from the rigorously strict airline guidelines that no flight should be held for any reason and designed an experiential memory that would emotionally engage the client in an inherently personal way forever. In this way, the pilot and Southwest airlines created uniquely positive feelings that harmonize the customer perception and contemporaneously steer the brand reputation.

Blogger Christopher Elliott communicated and shared this story that Nancy, Mark’s wife sent him, to Southwest Airlines and published it on his blog with the awesomely articulated comment: “I’m speechless. Twelve minutes may not sound like a lot to you or me, but every second counts when you’re an airline. Southwest can turn an entire plane around in about 20 minutes, so 12 minutes is half an eternity.”